Successful start to 2019 for Emma

I can’t believe that I’m sat here writing about my season thus far, because it only feels like yesterday that we finished the last season in Wales at the Home International! This season has been a little crazy for me so far, because I have been finishing my final year of Uni as well. For me personally, my academic work has always taken precedent over shooting and I think in general that’s a really important decision to make. Don’t get me wrong – it sucks missing out on competitions, personally I was gutted to miss all the GB FITASC shoots this year – but you only get 2 or 3 years to make sure your academic work is done right, whereas there will be shooting opportunities for years. On the whole I think this is a really important message for juniors and colts. Thankfully, I have handed in my dissertation and all my essays now, so I can look forward to a summer of shooting!

The England Sporting selection shoots have been my priority this season, with the first team to make the one for the ICTSF World Sporting in Ireland in July. After a very average first shoot of the season at Southdown, I was really pleased to get back into the swing of things with a solid 81 at Kegworth, which placed me 2nd in Ladies. I thought this shoot was balanced but tough, especially a stand with a rabbit which ran along, and then into, a pond, which seemed to trouble most people – myself included! Overall, I was really pleased with this result, and the platform it gave me to push for another team place. The next selection shoot was at Barbury, which is definitely one of my favourite shooting grounds; this also served as the final selection shoot for the ICTSF team. The shoot was fantastic, I always love shooting at Barbury because the shoots are always well balanced and challenging, the perfect combination for a selection shoot. With the exception of one stand, I was very pleased with how I shot, finishing on 85, which placed me 4th in A class and 1st in Ladies. The selection shoot doubled up as the South West Championships, so I was very happy to win that title for the 4th consecutive year.

At the end of this selection period I was delighted to make it into the England team to earn my sixth consecutive England cap. I definitely didn’t think I was going to manage it after the first selection shoot at Southdown, because my priority this year has been elsewhere, so I was absolutely over the moon to make it! This year proved by far the most competitive one that I’ve ever witnessed with 1st to 4th separated by 2 clays. The standard of Ladies shooting at the moment is incredible, and it’s such a privilege to be competing with such a great group of people. I was ecstatic to find out that the team this year would be myself, Hannah Gibson and Georgia Moule; we have been undefeated as a team and so I’m looking forward to another year, and another challenge! Shooting with these girls is fantastic and so inspiring, and even better because they are genuinely some of my greatest friends. Here’s to another undefeated year!

Aside from the Sporting selection shoots, I’ve also shot a few other Championships, starting with the UK Compak Championships at Barbury. I really enjoy shooting Compak, and I love shooting at Barbury, so this was a really enjoyable competition. I was honoured to finish 2nd in Ladies with a 90, for my first major medal of the year. This was made even better because I made the podium with my surrogate sister Georgia who shot on the same squad as me and shot a fantastic 88. Dad and I also shot the Somerset Sporting, and we both retained our titles with a 94 and 88 respectively.

You may have noticed that I haven’t really mentioned Dad’s scores and he hasn’t been out much this season. He shot fantastically at the first two selection shoots with a 92 at Southdown and an 88 at Kegworth. Both of which provided him with really strong points for England team selection this year, as we look to make it three consecutive seasons in the team together. In fact, the three selection shoots and the Somerset Sporting are the only 4 sporting shoots he has shot since September of last year; it continues to amaze me that he drags fantastic scores and form, with barely any shooting. He keeps telling me it’s his winter training plan which consists of not shooting for 6 months – I’m a little dubious!

Next up for me, is the English Open Sporting this week which I’m shooting on Wednesday and then the Classic; I’m really looking forward to shooting this as I have only ever shot it once before. June on the whole is pretty quiet, but July is going to be shooing heaven with the ICTSF Worlds and World FITASC back to back. I can’t wait!

As always, thank you to my sponsors: Krieghoff, Hull Cartridge, Vario Hearables, Laporte CPC, Team Bath and West Country Guns. Your support means the world to me, and there are no other brands I would want to represent. 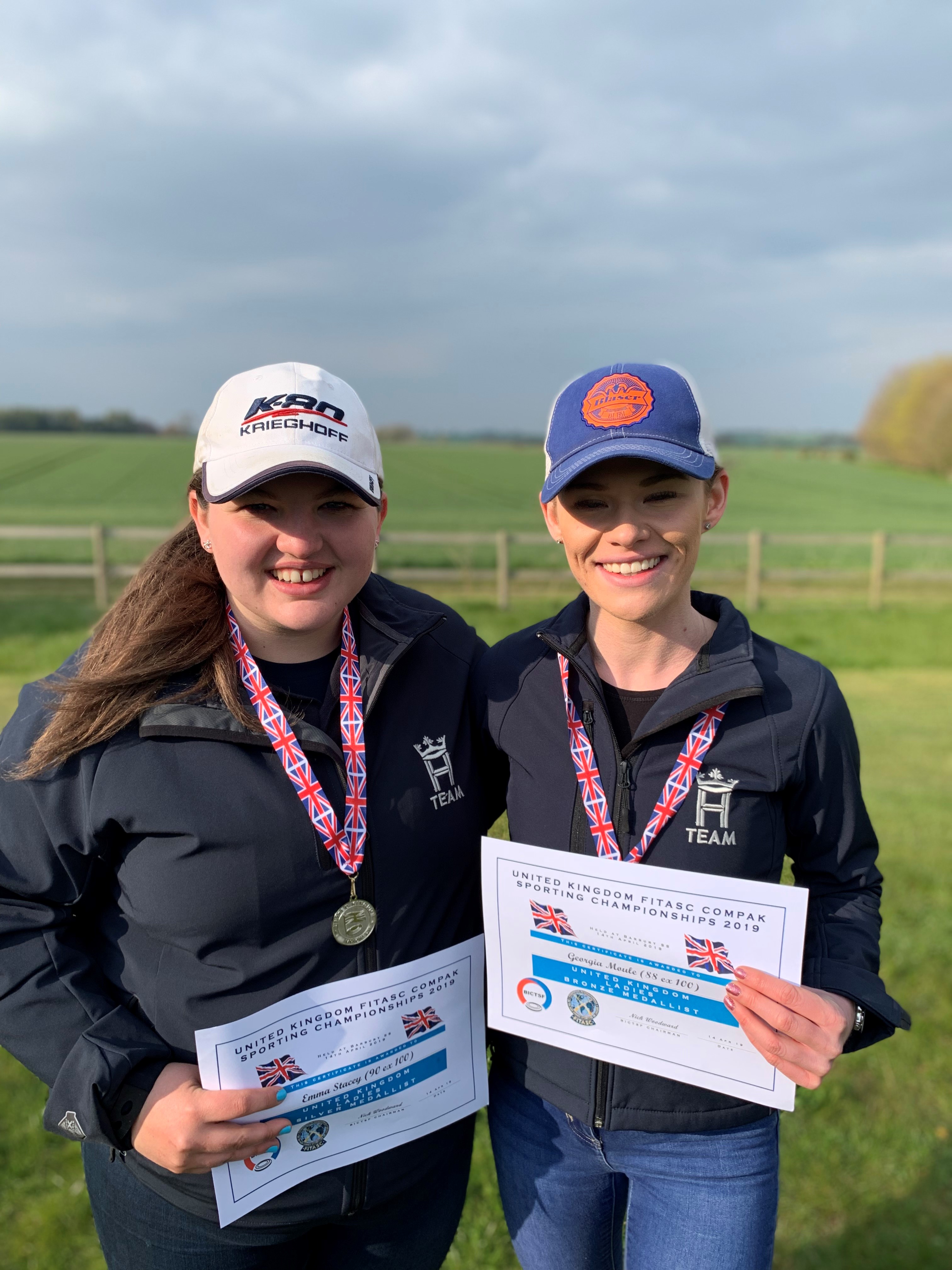